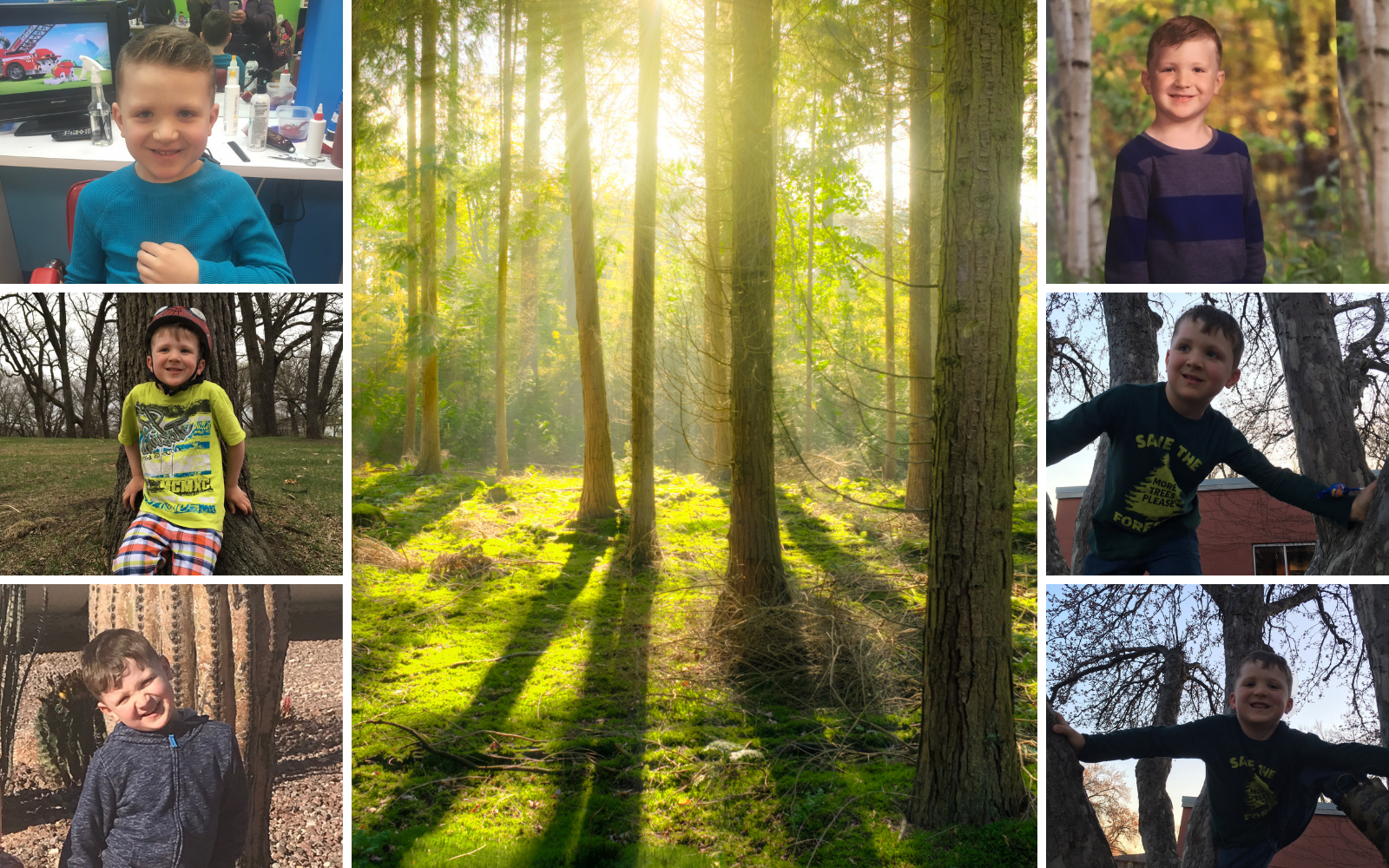 Make a difference for Owen!

We are no longer accepting donations on this campaign, but there are other ways for you to support us today!

Meet Owen. Owen is a bright, sweet, creative boy. Unfortunately, Owen has struggled with chronic illness most of his life.We are asking for your help to make a huge ripple in Owen’s life. Consider donating $5, $10, $25; no amount is too small. Please read Owen’s story as told by his mother and think about how that story could change into something beautiful and transformative because of you!

Looking back, I attributed the shift in my son’s mood and behavior to being a two-year-old. My husband and I were both first time parents who didn’t have a lot of experience with kids, so behaviors I thought were “normal” developmental shifts were signs of brain inflammation. This is our story of PANS- Pediatric Acute-onset Neuropsychiatric Syndrome.

Owen’s chronic illness began around his first birthday. Within that year he was extremely sick with 6 ear infections, sinusitis with an extremely high fever and multiple cases of upper respiratory infections and croup. Around Owen’s second birthday, he had his first set of PE tubes placed in hopes of lessening his exposure to antibiotics. Regardless, his illnesses got worse and even more frequent and that was when we started to see behavioral changes. Owen had extreme separation anxiety and cried for long periods of time for months, he didn’t want us to leave him. He started refusing all sorts of food he had previously liked, and he became extremely distressed when we tried to get him dressed in certain clothes and shoes. We were at a loss, but still hopeful that things would gradually improve as he got older.

During his third year, Owen continued to struggle with croup, RSV, ear infections and then viral pneumonia. He had his adenoid removed and another set of PE tubes at age three. During this time, I was pregnant with my second child and that winter was a dark period. In addition to Owen being sick all the time, his behavior was incredibly difficult and hard to manage, he had become a different boy than even the previous winter. Even on “healthy” days he would have meltdowns over the smallest things. He would hit and kick us during these periods, couldn’t handle transitions and had become an extremely picky eater. Things were not improving and continuing to spiral downward.

Owen’s 4th year was equally, if not more difficult than previous years. He was diagnosed with Sensory Processing Disorder by an occupational therapist and subsequently started occupational therapy. Most disturbing, Owen had a febrile seizure in the middle of the night followed by another URI with fever. Owen continued to be anxious, impulsive and had “anger outbursts” if he didn’t get what he wanted, etc. In addition to illness and behaviors Owen also experiencing sleep disturbances. He was waking up most nights. We could get him to sleep in his bed for a portion of the night, but we kept a mattress at the end of our bed due to inevitable wake ups. We visited a sleep doctor at a local children’s hospital twice for this issue. On the first visit Owen was found to have low iron and was given a supplement and after no change we returned where it was recommended that Owen take 1mg of melatonin before bed each night. His sleep habits didn’t seem to change with these supplements, and we were still left wondering why our son was so ill and what we could do.

Owen kicked off kindergarten excited and confident, but after the first week he was laying on the pavement on the playground. I took him to the doctor the next day because he didn’t have any symptoms other than extreme exhaustion and a stomachache. He tested positive for strep throat. We treated with a course of antibiotics and things quieted. Time passed, but after an exceptionally tough weekend of behaviors and not wanting to leave the house, we took Owen back to the doctor where strep was again confirmed, but this time his pediatrician noticed a rash in his nose. After swabbing several areas, we found they were all positive for strep. On both occasions we saw a radical shift in behavior with strep. Owen was more emotional and asked “anxious” questions. Leaving the house became arduous and nearly impossible. Impulsivity ruled his brain, but guilt would later find him, and he would say such things as, “I’m sorry I shouldn’t have said or done that,” or “I’m a horrible boy, I wrecked the day.” Watching this play out was and still is heartbreaking. My mama gut knew something was not right.

After doing some reading on PANDAS and PANS, we decided to take Owen to the Children’s Post Infectious Autoimmune Encephalopathy (CPAE) clinic in Tucson, Arizona where our suspicions were confirmed. Owen has PANS – Pediatric Acute-onset Neuropsychiatric Syndrome. We have followed their treatment regime and although he’s doing better, he still isn’t close to baseline.

Owen continues to struggle with focus and following more than a couple directions. After the strep episodes, his teacher noted a regression in handwriting, challenges with motor planning and academics have been difficult. He has chronic exhaustion and needs a snack every two hours to function. He has complained several times about his brain and head feeling “fuzzy and icky.“

Owen is a bright, sweet, fun, creative, loving and empathetic boy who loves being outside and playing Lego’s. We feel that getting to the root of why he ended up with PANS is the best way to heal him and we are seeking your help to uncover it though Functional Medicine testing and treatment. With your help, we can seek care not covered by insurance- care that has helped other children like Owen move on to live a life free of inflammation and illness. We are tremendously grateful for any help you can provide, with your support we look forward to sharing his improvements with you as he continues to heal.